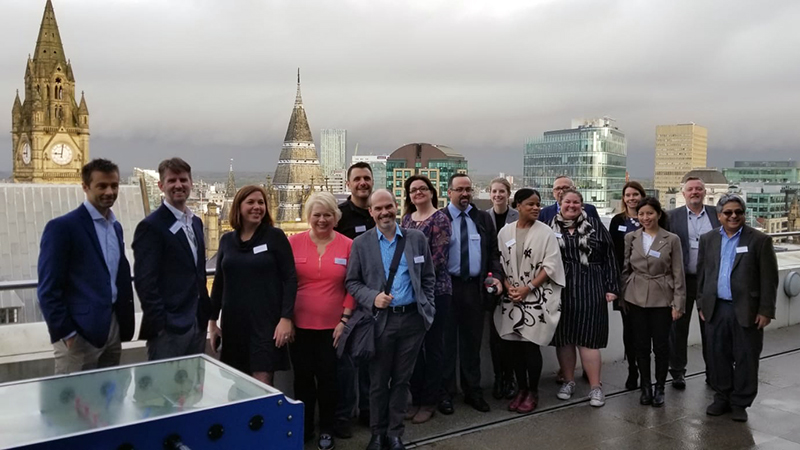 Compunetix was recently honored to be chosen as one of 10 Pittsburgh-based technology companies for a Technology Trade Mission to the United Kingdom. Dino Mallas, our EMEA Sales Manager joined this venture as the Compunetix representative.

The trip, sponsored in part by British Airways, was coordinated by the U.S. Department of International Trade along with the Pittsburgh Technology Council. Participating executives spent time in London, Cardiff, Bristol and Manchester exploring ways of expanding Pittsburgh-based businesses into the UK. Each city illustrated the benefits of launching a UK-based office at their location, as well as detailing the multitude of ways they can assist with funding, contacts, research and more.

Meetings were held with members of the Welsh government, Scotland House, EY, Midas, Moore Kingston Smith among others. European technology hubs were also visited, such as Hangar 51 and Media City UK.

All in all, the mission opened the door to the many resources that are available for each Pittsburgh company in regards to expanding into that region. As a company with current significant UK customers, Compunetix EMEA Sales Manager, Dino Mallas states:

“Being selected as one of ten Pittsburgh Technology companies for this adventure was a great honor. The UK is experiencing robust growth and seeing how we can be a part of this phenomena was truly inspiring. I am looking forward to following up with the people I met and exploring these new and exciting opportunities.”